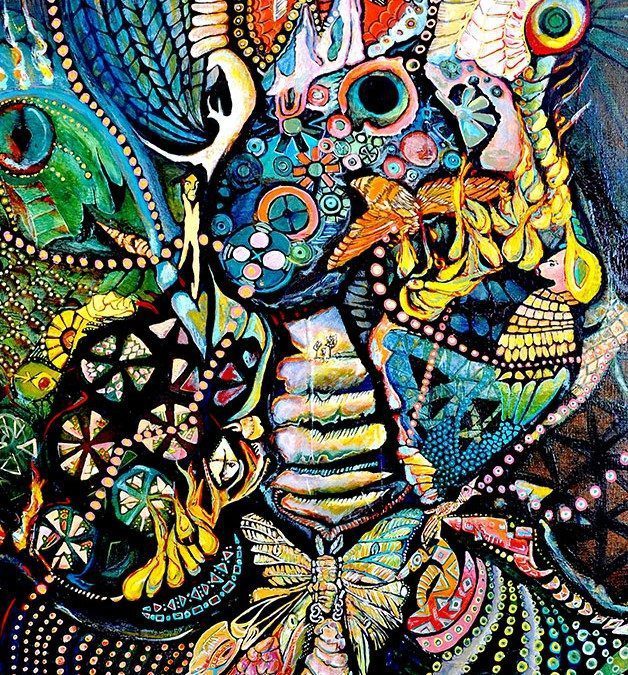 I painted Phoenix in 2014.  It seemed to be a prophetic painting for me, as I look back on the last 6 years.

Phoenix began with four images, chosen with an intuitive consciousness.  Although challenging to explain conceptually, they automatically connected in my awareness – as a sensation of rising consciousness.

Placing these images in a vertical column down the center of the board set a stage for me.  My task becomes weaving the images together with patterns, symbols, spontaneously arising images and color, to reveal the felt connection. 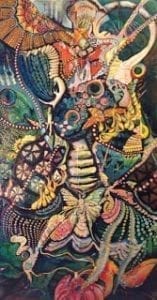