The Bird Without Feet 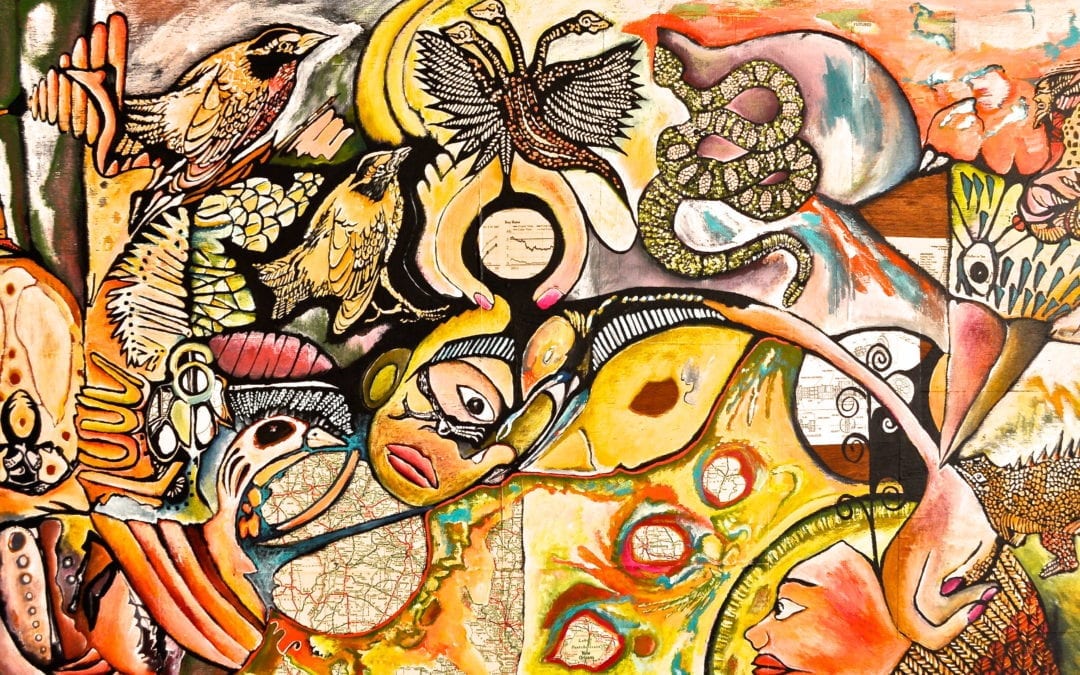 The Bird Without Feet (Multimedia painting, 2014) began with the contemplation of sentient living beings in the Anthropocene.  I combined images of space travel and nuclear fusion diagrams from “Cosmos” with maps of the Southern US, focusing on New Orleans, with naturalistic drawings from the world of mammals, insects and reptiles, as well as modern and medieval human constructions.  Throwing these all together in a mash up of collage was, indeed, asking for a lot of surprises.

What arose was a willful energy imposing itself on everything and sending it into an arc – a movement that can lead to a flattening or a spiraling, depending on its trajectory and force.  Ironic, considering this moment we now are in, collectively… 6 years later.

The title comes from an accident and a cooincidence.  When I was collaging the images I accidentally cut the feet off of one of the paper bird drawings.  That evening I watched the film “Pariah” about a teen coming of age in a world which rejected her and her experiences.  I the film she writes a poem, and the line “The bird without feet flies to the tree without branches.” immediately hurdled me back into this painting.  The outcome of a single life, or all of human history, or a painting, is not what was planned.  The outcome is the sum of all the parts that go into it.