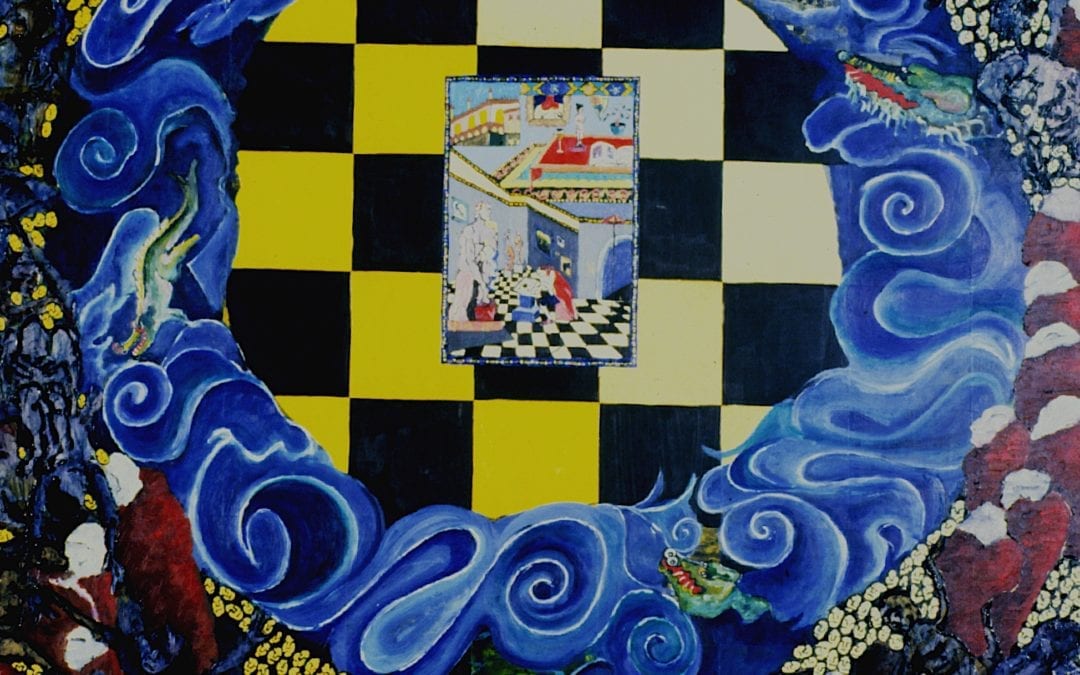 The Moat
The benevolent king has left the throne

A madman sits in his place

The moat dries up with neglect
Masses are crossing, bodies pushing mud.
Stirring loose the ghosts.
Who loudly shake the rusty shackles
While others bow down and cover their ears
Women on fire, arms raised, red hot pillars
Executioners on their knees
Begging for forgiveness.
Alot has happened under the mud, while we were sleepwalking through our lives.
The moat is drying up
And a State of Emergency is calling you home.
How will you emerge?
Covered in Mud.
With blood under your fingernails?
Or with the crippled traveler on your shoulders
Hand in hand with the poor.

Words like this come to me in the middle of the night. I can usually imagine a painting of mine with them. This is an image of a painting (I apologize for the poor photo quality) I did in 1996 titled “Middle Class Moat” a term Howard Zinn used so eloquently when illustrating the methods used by the wealthiest members of society throughout industrial history to influence the self image of the middle class as a way of protectng themselves from the rage of the poor.