A Brief Introduction to Ancestry Cloth 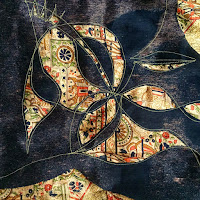 I made a promise to myself that I would start to write about art again when I felt like I had something to say, something worth putting out into the world.  That’s a heavy proposition.  Who has something relevant to say?  With all the voices on the internet, in the news and on the street I have been leaning towards silence lately… silently making clothing and art and not saying much.
Now, after much silence I feel that I have a few things to say.  I don’t think it will change the world or anyone’s vote in the next election.  Nonetheless I have had some revelations in the studio and at the sewing machine and in the shop.  Now that the days are getting shorter, the leaves are just starting to fall, the reflection sets in. So, here I go.
Ancestors. 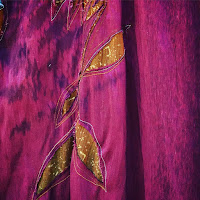 We all have them.  Mine are often a mystery to me but at the same time I am very aware of them.  They are always with me.  Without embarking upon any religious or magical worldview, I can say with all certainty that I know my ancestors walk with me AND I do not know exactly what that means.  Could it be that being in a family that has crossed oceans away from the PLACE of their ancestors makes it more difficult to know?  Or could it make it more poignant and pressing, a connection fused from a stronger longing than any native could know?  I don’t resist the areas of “not knowing” because I love the mystery; in fact I love it so much more than the certainty.  While certainty provides some comfort, the mystery is alive, ongoing and always changing.  Without an acceptance of unknowing, all becomes stagnant and dead.   So everything I create must in fact express that belief more than any other.  If I have any religious belief at all it is that
change is the only constant, and mystery is the only certainty. 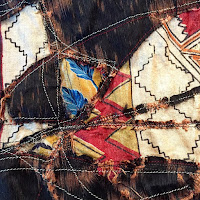 And I have a mysterious certainty that my ancestors walk through this life with me, changing me as I change them. 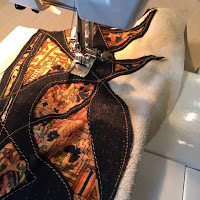 Out of this belief of mine a fabric took form, and I call it Ancestry Cloth.  This cloth is formed from days of destruction and rebuilding.  I accidentally discovered the process, which makes it even more special to me, because I don’t really believe in accidents.  Sometimes “accidents” happen because we are not present, and missing the signs we misstep.  But sometimes “accidents happen because we are very present, acting on intuition and listening to the silence and seeing the unseen.
Many of us call this serendipity.
One sunny day this summer I “accidentally” distressed  (it was actually falling apart!) some very expensive fabric in the process of drawing with bleach.  The creative and somewhat desperate solutions I came up with to bring it back led to some telling discoveries, about fabric and clothing as well as about myself.
Because I make the Ancestor Cloth it is specifically a story of my ancestors, and I hope to be able to articulately tell that story in words and pictures in the coming months.  But it is often in the most personal stories that the most universal truths are told, so I can only hope that my paths of destruction and repair are metaphors that many can understand, whether or not they have walked the immigrants path.  After all, we are a country of immigrants, with the exception of the the original Americans, the native tribes of this land.  (And perhaps Native Americans have had to repair the most destruction of all, as it is still happening.)
The final stage in the Ancestry Cloth is the “wearing” and that is, I believe, when the magic occurs. 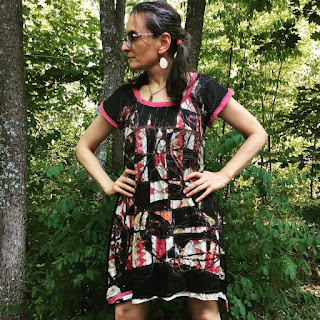 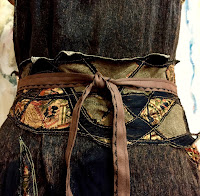 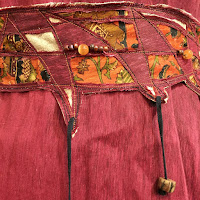 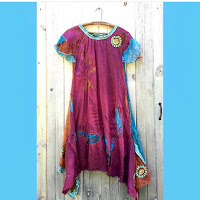 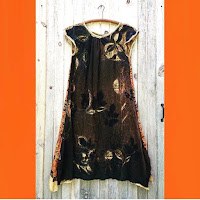 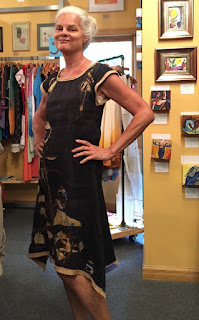